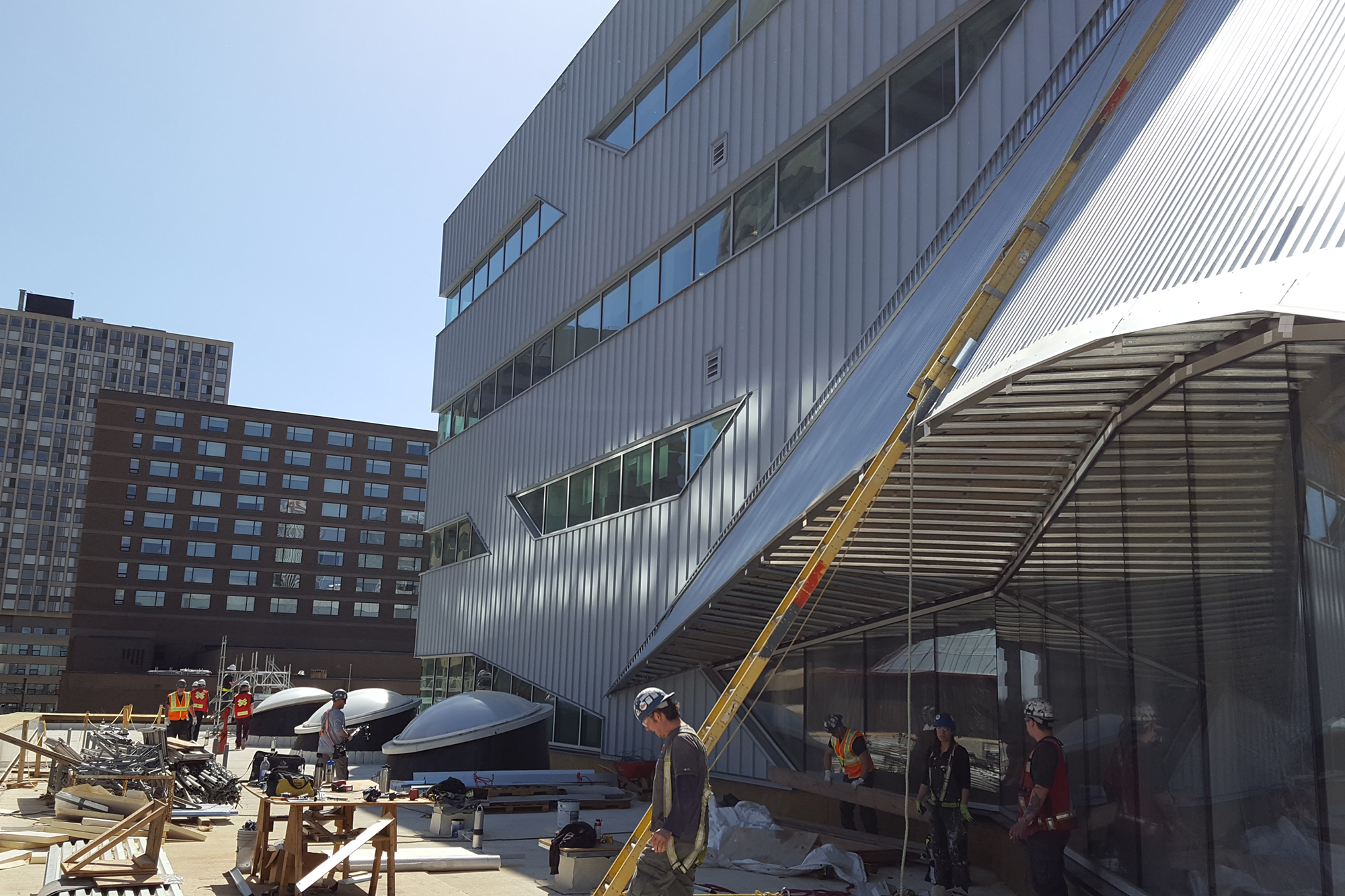 The Stantec + Teeple team approached the design by reconsidering the existing Milner Library as an expression of Edmonton Public Library’s forward-thinking values and civic role. To establish a new connection to the adjacent civic spaces, the original (deteriorating) precast concrete cladding was replaced, the 1990s addition was removed and urban connections were enhanced through strategic cuts into the building’s form.